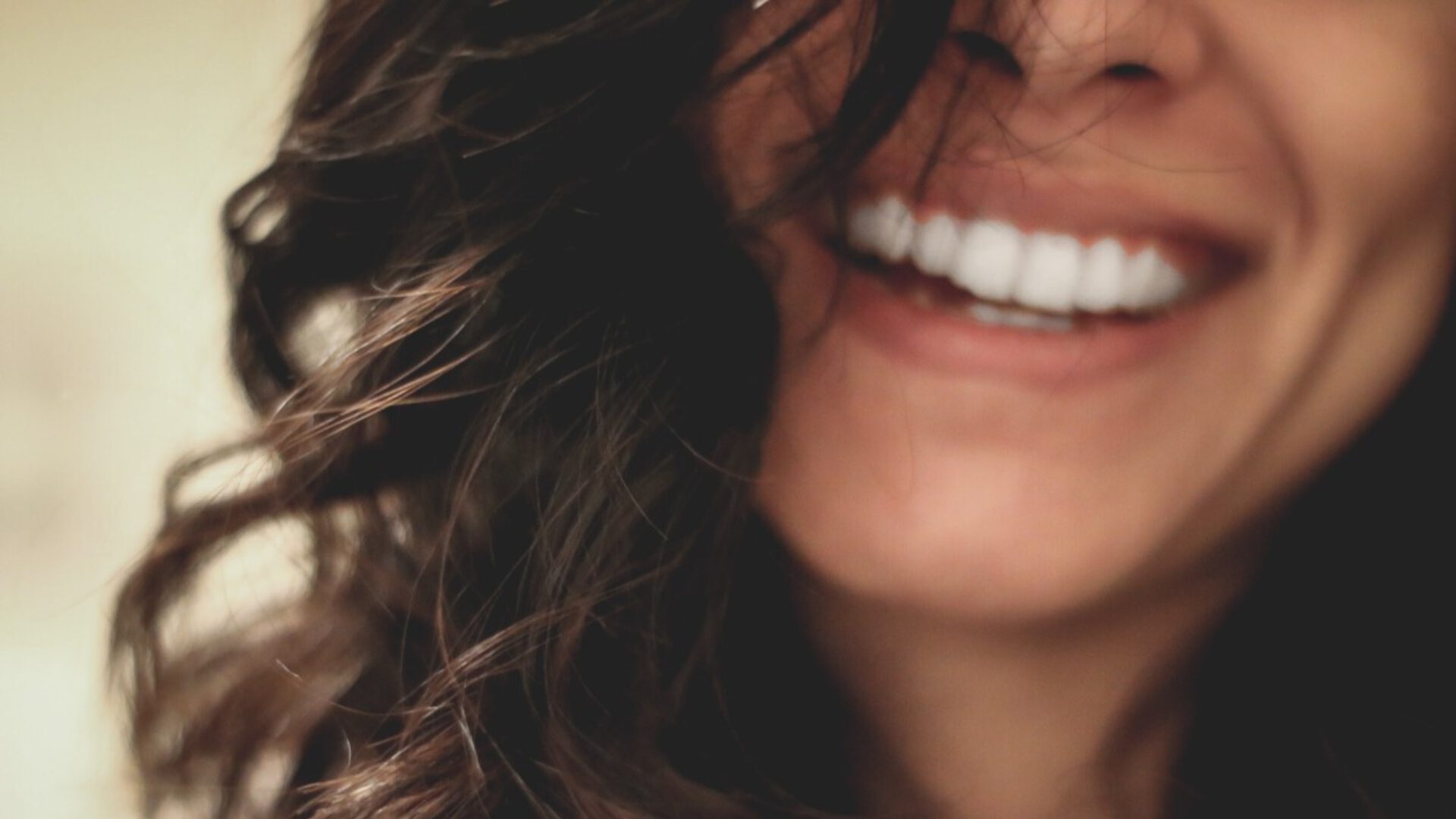 Necrotic jawbone has been scientifically shown to produce inflammatory mediators involved in the development of heart disease, cancers, rheumatoid arthritis, and several other inflammatory diseases.

These studies have identified at least 4 inflammatory mediators (cytokines) in the necrotic bone, which cause all these inflammatory processes. This form of osteonecrosis is also called bone cavitation or NICO (Neurlagia Inducing Cavitational Osteonecrosis).

These types of jaws are not a new phenomenon. As early as 1948 this phenomenon has been described in textbooks as “fatty bone degeneration” of the jaw bone. In 1915, the founder of current dentistry, G. Black, described chronic osteitis of the jaw as an ongoing process with cavitation formation and necrosis of bone cells. Black recommended surgical removal of this “dead” bone. 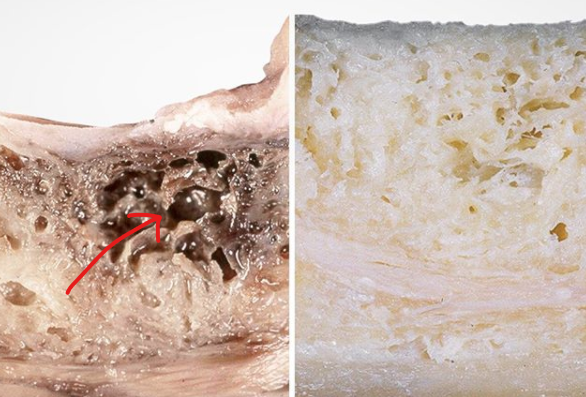 In 1930 these cavities were first specified as non-infectious, avascular cavitations. Fisher wrote the book “Death & Dentistry” in 1940, in which he described this chronic osteitis of the jaw bone as “metastases with microorganisms from bone necrosis.” Bouqout eventually named this cavitation-forming osteonecrosis NICO. In a study with more than 200 patients with trigeminal neuralgia, he found necrosis in the jawbone in all cases with severe irritation of the trigeminal nerve. The term NICO suggests that neurlagia is the only consequence of this osteonecrosis, which unfortunately did not affect the other systemic effects.

NICOs are thus hollow spaces in the jawbone where the bone moth has been converted into a dead, greasy and degenerate substance. These bone cavitations include storage sites for toxic substances originating from dental metals (amalgam fillings, crowns or titanium implants) or from root canal treated elements, which are toxic and infected in themselves. Careless extractions, without thorough curettage and disinfection, can also be a cause.

The NICOs can cause chronic facial pain, but can also be symptomless. Furthermore, bone cavitations are held responsible for weakening the immune system, causing chronic fatigue (CFS) and they are the basis of many other syndromes. 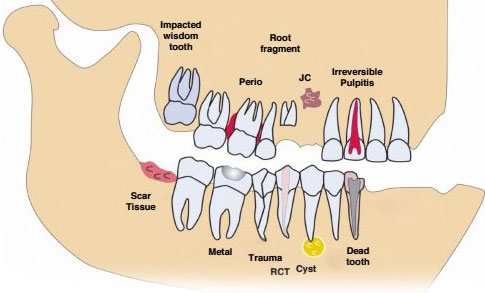 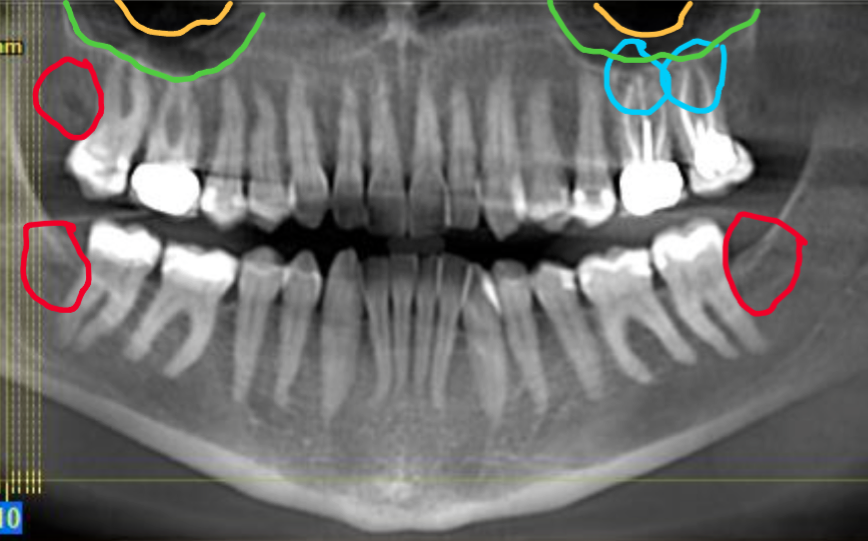 A further step was to demonstrate the presence of high concentrations of the inflammatory mediator Rantes (CCL5) in all examined bone cavitations. Rantes belongs to the group of cytokines with pro-inflammatory effects. Increases in the Rantes concentrations have been described in a large number of serious syndromes. Rantes, for example, gives rise to inflammation of the walls of the heart, blood vessels and joints.

Rantes is also found in malignant tumors and is considered to cause Hodgkin’s disease, breast cancer and cervical cancer. The central nervous system also falls prey to Rantes, which can cause MS and Parkinsson. Rantes also plays a role in allergies, hair loss and thyroid disorders. 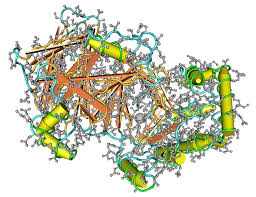 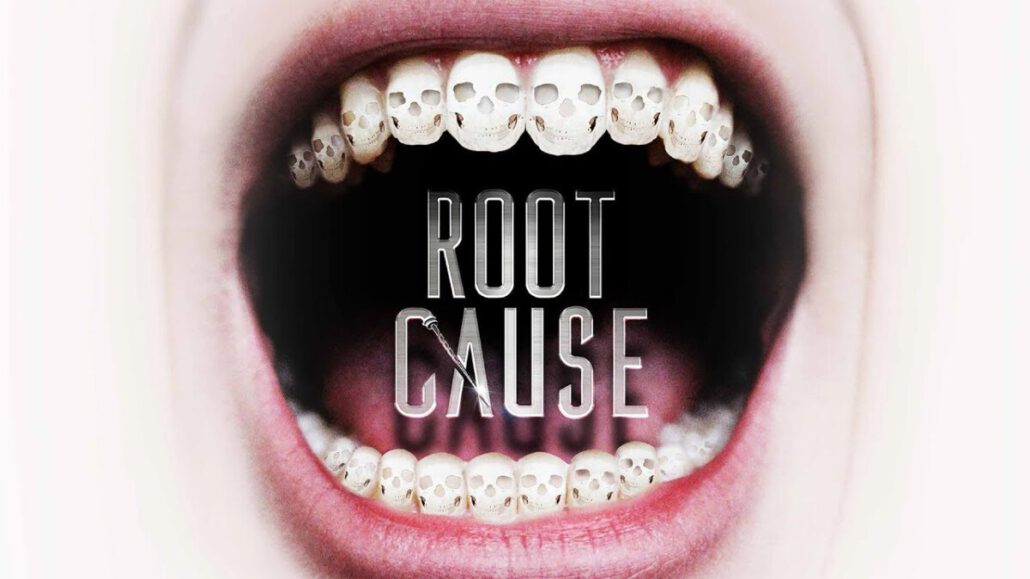 The recent documentary “Root Cause” about this problem on the pay channel Netflix, was pulled off the screen under pressure from the American Association for Endodontics …

Prevention … For the most part, we advise not to opt for root canal treatment, in addition, teeth should best be removed surgically. Simply “pulling” a tooth is not really an option. After all, in this way your own body has to clear up the remaining inflammation itself, which puts a heavy burden on your immune system.

We remove teeth surgically: the bone is thoroughly curetted, the wound is disinfected with ozone and we also do socket preservation. We apply artificial bone with L-PRF so that your jaw bone does not collapse, which would make a later implant impossible.

Cure … The NICOs with accompanying Rantes should be removed from your body. Based on a CBCT scan, we first determine the correct localization of the hot spots in your jaw bone. The surgical removal of the bone cavitations is done under local anesthesia. The NICOs are curetted “to the bone”, rinsed with hydrogen peroxide and sanitized with ozone.

Afterwards we apply a first layer of L-PRF to the bottom of the bone cavitation. We then fill the defect with artificial bone in combination with L-PRF super lumps. As a result, the bone necrosis will fully recover and the jaw is also strengthened. The final check follows after 6 months. 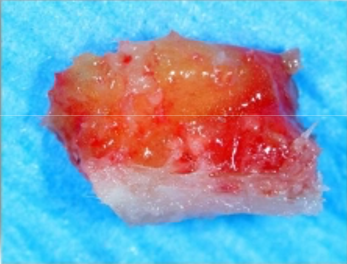 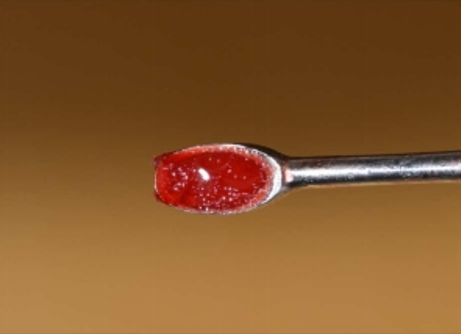